So I’m here in sunny San Diego at Social Media Marketing World, which was keynoted by Mike Stelzner (https://twitter.com/Mike_Stelzner), the head of the conference, the fabulous website, and the very fabulous Facebook page. Mike shared his thoughts and research about industry trends. First and foremost, he focused on the so-called Facebook Armageddon, when in January of 2018, Facebook announced that it was (yet again) deprecating information by Pages in favor of information by Profiles. Despite the incredible media hype on this announcement and the tremors sent to Facebook’s stock, I was always struck a bit by the feeling, that “Huh? This is news? Hasn’t Facebook been penalizing organic reach for years now?” 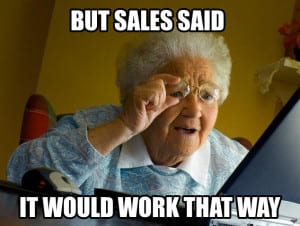 Well, it has, and the January 2018 announcement was less an earth-shattering revelation that brands are having trouble with organic reach on Facebook, and more the final nail in the coffin. Organic rearch for brands is dead, or at least nearly dead, on Facebook, unless some key provisions are met. Some of the ideas presented by Mike are ideas in my own book on social media marketing, and I think ideas that might at this point be called “conventional wisdom” regarding how to market a business on Facebook.

Changes to the Facebook Algorithm: It’s Ads and SuperFans Now

First, realize that the news feed is crowded, really crowded. It’s a lot more crowded than a Google search (which speaks to the value of organic reach on Google via SEO), and it’s more crowded really than any other social network, be that Twitter, Instagram, or LinkedIn. So organic reach is difficult for the mere fact that the Facebook news feed is terribly crowded. Second, Facebook continues to prioritize “interactive” content, that is content that gets likes, gets comments, and gets shares. Facebook wants users to “stick around” on Facebook, and it rewards content creators who create “sticky” and “interactive” contents. Queue the interactive cat videos, Moms and kids, Dads and daughters, and cheesy or provocative quotes.

Third, because of Facebook’s priority towards interactive content, brands had better produce interesting, good content, or they are doomed. You can’t just post sloppy junk from your CEO or stock photos with boring “buy our stuff” announcements. It hasn’t worked for years, and it really won’t work now. Fourth and related to this, it is IMPERATIVE that you work with your SuperFans. Your brand content needs to be so engaging that the SuperFans like it, the SuperFans comment on it, and the SuperFans share it. Your relationship to SuperFans and influencers is the only path forward to organic success at Facebook.

Finally, advertise. The saddest part of Mike’s keynote was the tone of defeat that Facebook has beaten us, Facebook has won. If you want to succeed at Facebook, said Mike, you need to “up your game” when it comes to advertising. It’s time to pay the piper, and the smart brands are combining Facebook advertising with great content and SuperFan relationships to continue to make Facebook work for them.

In summary, however, I think all of this is “the more things change, the more they stay the same.” Facebook organic reach has been nearly dead for some time, and at this point, Zuck’s January announcement really is just the final, obvious nail in the coffin for those folks who didn’t get the memo. It’s great content, SuperFans, and advertising that make up the path forward for us as marketers and for Zuckerberg and his minions of millionaires in Menlo Park.