Google has announced that they are forcibly migrating everyone to their “new” and “improved” Universal App Campaigns (UAC) in Google AdWords.  You can read the propaganda, oops I mean the announcement, here. Google states:

To help more advertisers take advantage of these benefits, we’ll be focusing our efforts and moving all AdWords app install campaigns to UAC later this year. Starting on October 16th, all new app install campaigns created in AdWords will run on UAC. Existing Search, Display and YouTube app promo campaigns will stop running on November 15th, so it’s important to start upgrading to UAC as soon as possible. 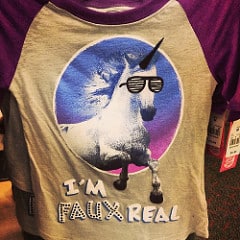 And this is echoed in the trade press, as for example on TechCrunch:

This has turned out to be such an effective service — thanks in large part to the company’s advances in machine learning — that Google is moving all app install campaigns to UAC over the rest of this year. Starting October 16th, all new app install campaigns created in AdWords will run on UAC, and starting November 15th, all existing Search, Display and YouTube app promo campaigns will stop running.

Well, I am only one person, and I have only one advertiser that is actively using both UAC and the older App Install campaigns in AdWords. But guess what? The older App Install campaign FAR outperforms the UAC campaign in terms of the cost per conversion. And you get to control which network (display vs. search) and which device (tablet / phone) you run your campaigns on. Not to mention, you get much more control over the ad creative… But now Google is saying, “Let us think for you” with our UAC campaigns. The problem is that there is no transparency in UAC campaigns (you get little to zero reporting as to where your app was promoted, where installs are coming from, etc.), and you have the general conflict that Google gets paid “by the click” and you make money “by the conversion,” so you (as the advertiser) want MORE transparency into what’s going on with your ads so you can fine-tune them. But that’s not Google’s way.

All well and good, but do we really need TechCrunch buying Google’s explanation hook, line, and sinker? I am just one person, and this has not been my experience. Well, at least Google isn’t forcing us all into some new convoluted user interface on AdWords (oops………………………)