Serious Humor is our monthly round-up of the most important “serious” trends and articles in SEO, Social Media Marketing, and AdWords as well as “humor” that will make you laugh at the next office meeting. Got a suggestion? Send us an email. 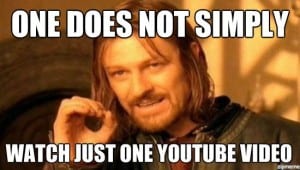 In addition to video, Facebook is promoting instant articles  and has a new ‘business center‘ to managed your business page and (gasp!) ads. So technically you could use your business center to manage your instant article that’s about your new video you just posted to Facebook. And you could repost the same video to YouTube, and advertise it on Facebook as well. If you want to know what’s trending on YouTube, YouTube publishes a very hard-to-find list, here.

LinkedIn: Pulse, It Actually Has a Heartbeat and Google Webmaster Tools has  a New Name

About a year ago, LinkedIn realized that people do more than just look for jobs. They actually get jobs, and then need to keep informed with stuff (like job skills). So they acquired Lynda.com, and they created this thing called, Pulse. To make matters even more (or less) confusing, they have a question and answer section on Pulse, and they clarify that really big publishers like the New York Times can get on Pulse without actually writing on Pulse.  This is because famous publishing companies like the New York Times need free publicity more than ever these days. 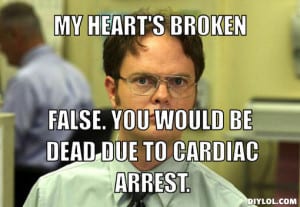 Not to be out-done in announcements that reflect the obvious but has little real content, Google announced that they are re-branding Webmaster Tools into the Search Console, because it took Google 16 years to realize that not everyone who runs a website actually wants to be called a Webmaster or Webmistress (that term dropped out a few years back because of the double entendre).  In their exciting and fact-jammed blog post (not) on the rebrand, Google reminded us to ‘stay tuned’ for even more riveting announcements from the GooglePlex. It’s probably just about time to rebrand Google My Business, which was formerly called Google+ local, which was formerly called Google Places, which was formerly called Google Local… Perhaps Google Local Console might be a good name? Prince called to announce that he’d sell his symbol to Google My Business for a reasonable fee.

Books on SEO: Just in Time for Summer

Publish or Perish: Merge or Marry

Google’s Twitter pact finally became real (so Twitter results start showing up on Google search). And Bing – ever the leader in innovation – announced that it, too, would start penalizing your site if it’s not mobile friendly. In a related announcement, Bing announced that they would first actually start to get some search traffic, and, second, they would realize that including keywords in a domain name really isn’t a reliable signal that something should dominate a search query. Microsoft (which of course owns Bing) also has a creepy upload your picture and we’ll tell you how old you are tool, which also seizes the royalty rights to your picture so you, too, might someday become the overly enthusiastic girlfriend (or boyfriend) meme across the Internet. Reddit followed this up with a viral post about how you could text your friends and shut down their iPhones with just a text message. Immediately, husbands the world over started texting their wives this message so that they could actually get some attention.

In case you are the one person on the planet left who a) isn’t on Facebook and b) doesn’t realize that Taylor Swift is a cross-over superstar, she released her edgy Bad Blood video with over 100 million views. Miley Cyrus announced plans to follow up with a gospel Christmas album with an anti-Twerking theme, and Katy Perry announced her next tour would be called Red Cross Blood Donation. AdAge published this May list of viral (advertising) videos, and Jimmy Fallon and Jack Black spoofed ‘More than Words‘ which has both an original and a zillion covers now available on YouTube. Obama went on Twitter as @potus and promptly got 2.5 million followers. Obama educated us all by his skillful use of the ‘period’ before the ‘at sign’ in a Tweet, explained as follows: 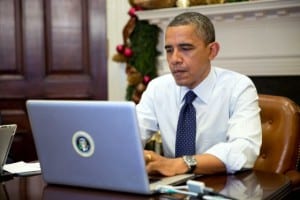 “When you Tweet directly at someone (by putting their @handle as the beginning of your Tweet), that Tweet only comes up in the feeds of users who follow both you and the person you are directly Tweeting at. Why? It’s pretty much so you don’t flood other people’s streams when you are tweeting back and forth with someone (Tweet convos, ya know?)…That’s where the period comes in: If you dot before you @mention, your Tweet shows up in the feeds of all of your followers. If you don’t dot before you @mention, your tweet is considered conversational and only shows up on your stream, the stream of whoever you Tweeted at, and those lucky followers you both have in common.” Source: here.