Lee Odden of Top Rank Marketing provided a simple but engaging model of how to do influencer marketing. Many marketers, he said, just reach out “cold” to influences and are – not surprisingly – rebuffed. Who are you? What do you sell? And what do you want? These questions lead them to tune out, and turn off. 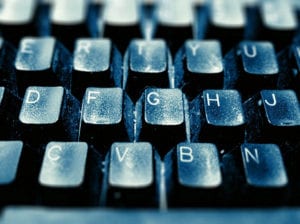 Instead, he advocated an EAR model – of Empathize, Ask, and Reward. Implicit in his model was a “co-op” model of content marketing, in which the “influencers” are approached by the “vendor” with the idea that they and their content will be co-promoted with the vendors. This is obviously far easier for big brands that have extensive reach and budgets, brands in which the influencers want to “get” as much exposure from the brand as they will “give” to it.

That said, his first step (after identifying a list of logical influencers to target) is to empathize, meaning to look at the world from the perspective of the influencer (and of your customer). What are their goals? What do they want? Some of this might be sheer visibility, but some of it might be to build their own stature or personal brand, and in some cases it might literally be money. You have to figure out what they want, and how you can help them get it. So think win-win.

Second, his next step is ask. Here, it’s helpful to break it down into smaller steps. Rather than pitch an influencer on some huge project, it’s better to – for example – create a list of top influencers to “feed their egos” as it were, and “give” something before you “get” something. In this way, the brand “warms up” the influencers to see that a long-term relationship is desired, and that the brand is going to help the influencer. Win-win was very much a theme of Lee’s model. So step two is to ask – ask for some co-op participation (small) and then build up to a bigger project, such as an eBook with different Chapters by different influencers, or perhaps a podcast or Webinar series again with participation by more than one. (This will incent the influencers to promote the content after production, of course).

Finally, the last step is “R” for reward. Here, the emphasis is not on promotion per se, but on “rewarding” influencers for participation in the project from the first encounter to after production. In this way, an E / A / R model can be a good way to demystify influencer marketing and avoid the outright rejection of a cold call.